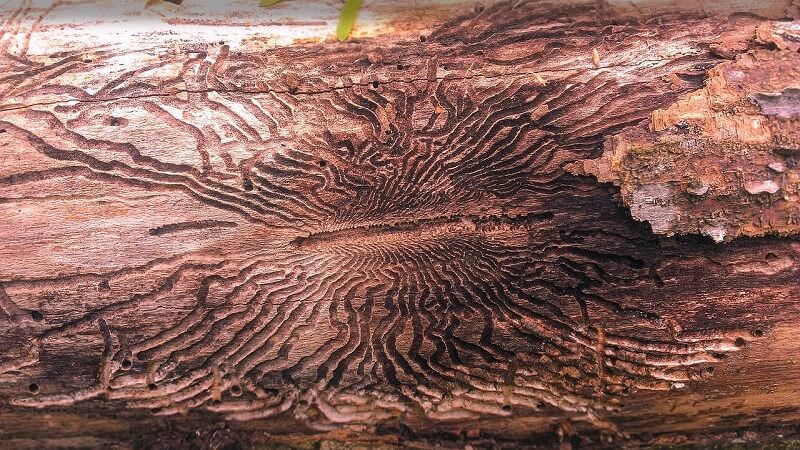 Emerald Ash Borers create damage to ash trees in Exton, Pennsylvania, and surrounding areas. Ash trees are a widespread species in the neighboring towns and counties of Pennsylvania such as Exton. The tree belongs to the family of Oleaceae and grows in both warm and cold climates. The ash species are commonly found in Asia, some parts of Europe and the United States. Mature ash trees can grow from 30-120 feet in height with 35-50 inches in diameter.
Due to the ash bark properties, the tree is a viable firewood source for cooking food and heat. The wood is also used for building boats and in sporting equipment manufacturing. Because of its benefits and beautiful leaves and flowers, the ash tree is a common choice when planting trees in Exton, Pennsylvania.

The beautiful ash trees are vulnerable to an attack by Emerald Ash Borers. The jewel-like green beetles have killed millions of ash trees in the country since they arrived in 2002. The beetles have damaged ash trees across fifteen states with almost 34 counties affected in Pennsylvania alone as of 2013. Included in this epidemic is the area around Exton. The widespread EAB infestation is still prevalent today.

Signs and Symptoms of EAB Damage

How can you detect an Emerald Ash Borer infestation in ash trees?

By directly examining the ash tree, one can identify if eggs, larvae, and EAB have invaded the ash trees. The common symptoms of Emerald Ash Borer damage may show up with one or more of these signs and symptoms:

In most areas, the common solution is to remove ash trees that are severely damaged by Emerald Ash Borers. Once removed, it is highly suggested to replace the old tree with non-ash species such as oak, maple or other varieties to limit the spread of these wood-boring beetles.

Insecticides with imidacloprid, selamectin benzoate, and dinotefuran are used in treating systemic EAB infection. However, not all over-the-counter EAB treatment can be applied by homeowners. One should always coordinate with their local forestry officer or a professional arborist in Exton to help execute the insecticide treatment for Emerald Ash Borers.