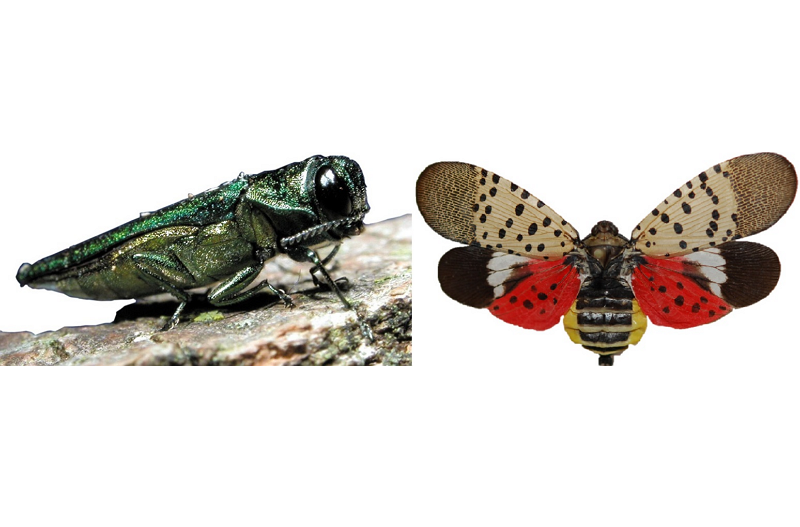 What are Invasive Species?

While many regions across the globe are facing threats from invasive species, the two species most affecting the plant life in Pennsylvania and Delaware are the emerald ash borer and the spotted lanternfly. The emerald ash borer is native to northeast Asia, was discovered in the U.S. around 2002, and spread to Delaware in 2015. Spotted lanternflies are native to many countries in eastern Asia, were found in the U.S. in 2014, and have spread to Delaware and Pennsylvania since then. 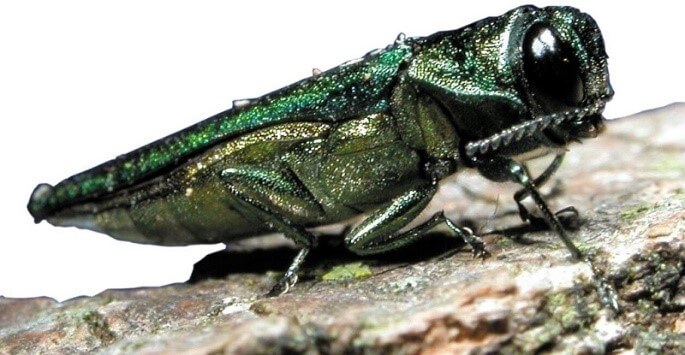 As the name suggests, the emerald ash borer feeds on ash trees, which flourish in Pennsylvania and Delaware climates. The females lay eggs in bark crevices, then larvae feed underneath the bark, emerging as adults one or two years later. By consuming the nutrients of the tree, emerald ash borers can damage an ash tree such that the tree can be destroyed within two years. 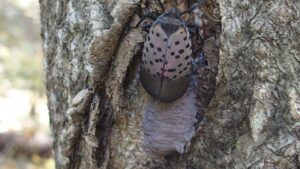 Spotted lanternflies primarily attack ailanthus, or the tree of heaven. The lanternfly leaves oozing, weeping wounds in the trees as the eggs are laid and hatched within the trunk. This species also damages agricultural crops such as grapes, hops, and hardwoods.

How to Spread Invasive Species Awareness

Due to the damage that these species cause, events such as National Invasive Species Awareness Week increase awareness of dangerously destructive creatures, helping us save and preserve our environment. A healthy, flourishing environment provides countless benefits for all those who live within or interact with said environment. Awareness is the critical first step; being aware of the damage these invasive species can cause gives people the impetus needed to take action.

Signs of the emerald ash borer include the following:

Stein Tree Service is the oldest independently owned plant and tree care services company in Delaware. Our licensed and experienced arborists and tree care specialists can inspect and treat invasive species in Delaware and Pennsylvania. Our equipment is state-of-the-art, and have helped spread invasive species awareness and overall tree and plant health care to our communities for decades. For a free consultation, contact us at (302) 478-3511 today.