Invasive species in the U.S. have caused immense damage to our environment, industries, and communities. Emerald ash borer, for instance, has destroyed millions of ash trees. A species of hornet, nicknamed “murder hornet,” is a new invasive species that has recently been found in the United States. This hornet could cause significant problems for our honeybee populations, which would disrupt local ecosystems. Stein Tree provides you with the information you need to know about “the murder hornet.”

What Is The Murder Hornet? 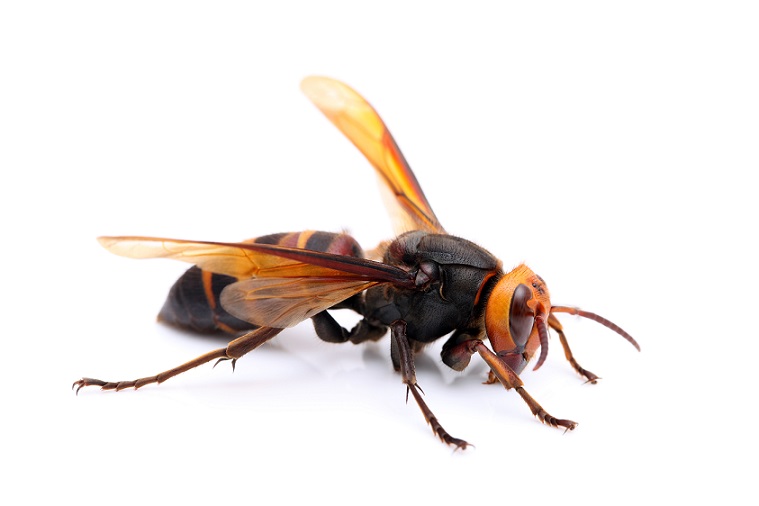 The Asian giant hornet (Vespa mandarinia), or “murder hornet,” is a species of hornet from Asia and is the largest species of hornet in the world. Although native to Asia, the murder hornet recently appeared on the west coast, making it a potential new invasive species in the U.S. These hornets are approximately 1.8 inches in body length and have orange heads and bodies, with black bands around the body. Their behavior is similar to other hornets: these hornets are highly protective of their hives, but mostly ignore humans or other animals, unless said humans or animals are aggressive. Although the murder hornets look and behave similarly to other hornets, this species is more dangerous.

The dangers of murder hornets are twofold: the dangers inherent with any hornet, wasp, or bee, and the dangers presented by any invasive species. Murder hornets’ stingers are longer than those of honeybees and can pierce some thick clothing. Murder hornets feed on honeybees and could decimate honeybee populations if the hornets are great enough. Honeybees are responsible for plant growth, food sources, and many more products people buy every day. The biggest risk of murder hornets is the potential damage that honeybee populations, and therefore our environment, could suffer.

The Threat of Invasive Species in the U.S.

Thankfully, murder hornets have yet to migrate or expand to the east coast of North America and we have other invasive species that are already impacting our area. As previously mentioned, emerald ash borer is prevalent all across the U.S. This pest has caused immense and expensive damage in many states since its discovery in 2002. The spotted lanternfly is another threat to our trees, targeting fruit trees and other plants. Because of the risks these species possess to our environment, we encourage you to take action, be watchful for evidence of emerald ash borer and spotted lanternfly, and contact a certified arborist to inspect and treat the affected trees.

If your trees have any issues with invasive species, including emerald ash borer or spotted lanternfly, call Stein Tree for solutions. Our certified arborists are licensed to treat invasive species in Delaware and Pennsylvania and have years of experience in tree pest control as well as other tree and plant health services. For more information on invasive species in the U.S. or our other services, contact Stein Tree Service today.