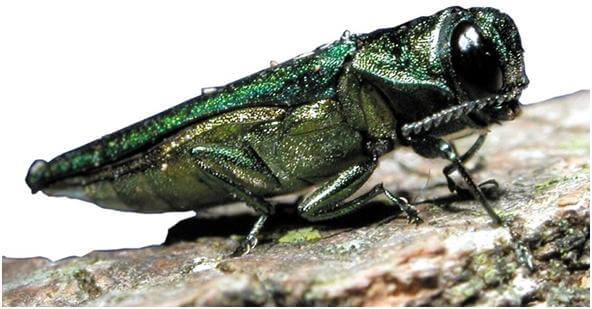 Identifying and Treating the Emerald Ash Borer in Delaware 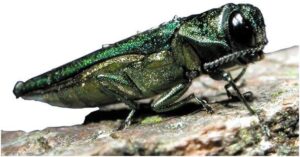 For over a decade the emerald ash borer (EAB) has left a path of destruction across the north eastern part of the United States. While the State of Delaware took steps over the last ten years to prevent the invasion from surrounding states, the emerald ash borer’s presence has been confirmed.

Why is the Emerald Ash Borer a Problem?

The emerald ash borer  is a non-native and highly invasive insect that originated in Asia. In their natural home, they are easily controlled through local area predators. In America, however, the emerald ash borer has few predators and has spread rapidly over the past decade. Infestations kill the host trees, unbalancing a forest’s ecosystem by exposing the forest floor to greater amounts of sun.

The emerald ash borer is difficult to remove once it has infested a tree. Specialized procedures and chemicals need to be applied to the trees in question, and Arborists are required to hold a Pesticide Applicators License to buy, store, and apply these chemicals.

Jeff Stein, the President and CEO of Stein Tree Service, as well as Stein Tree’s Christopher Griswold have both recently earned this special certification, allowing them and those under their direct supervision to treat emerald ash borer infestations. Using a closed delivery method, we inject the treatment directly into the affected trees. This method reduces the impact the pesticide has on the local environment by preventing spills or chemical drifting.

As the EAB moves through its growth stages, it leaves distinct marks and signs. When evaluating whether your ash trees are playing host to this invasive bug, certified Arborists will look for these signs:

Outward signs do not normally show up until the infestation has reached critical levels. At this point, treatment centers on reducing the spread and treating the affected trees with specialized pesticides.

Fortunately, Delaware has spent the past ten years preparing for this invasion. Only two percent of the forests are ash trees and nurseries have stopped selling saplings. If you notice signs of an infestation on your property, or if you are concerned for your ash trees, please contact the Certified Arborists at Stein Tree Service.